Kimbo is a plug-in for Adobe Illustrator that adds 13 new tools in 2 tool groups to Illustrator's tool palette. These tools permit the creation of artwork that would otherwise be difficult or time-consuming to create. 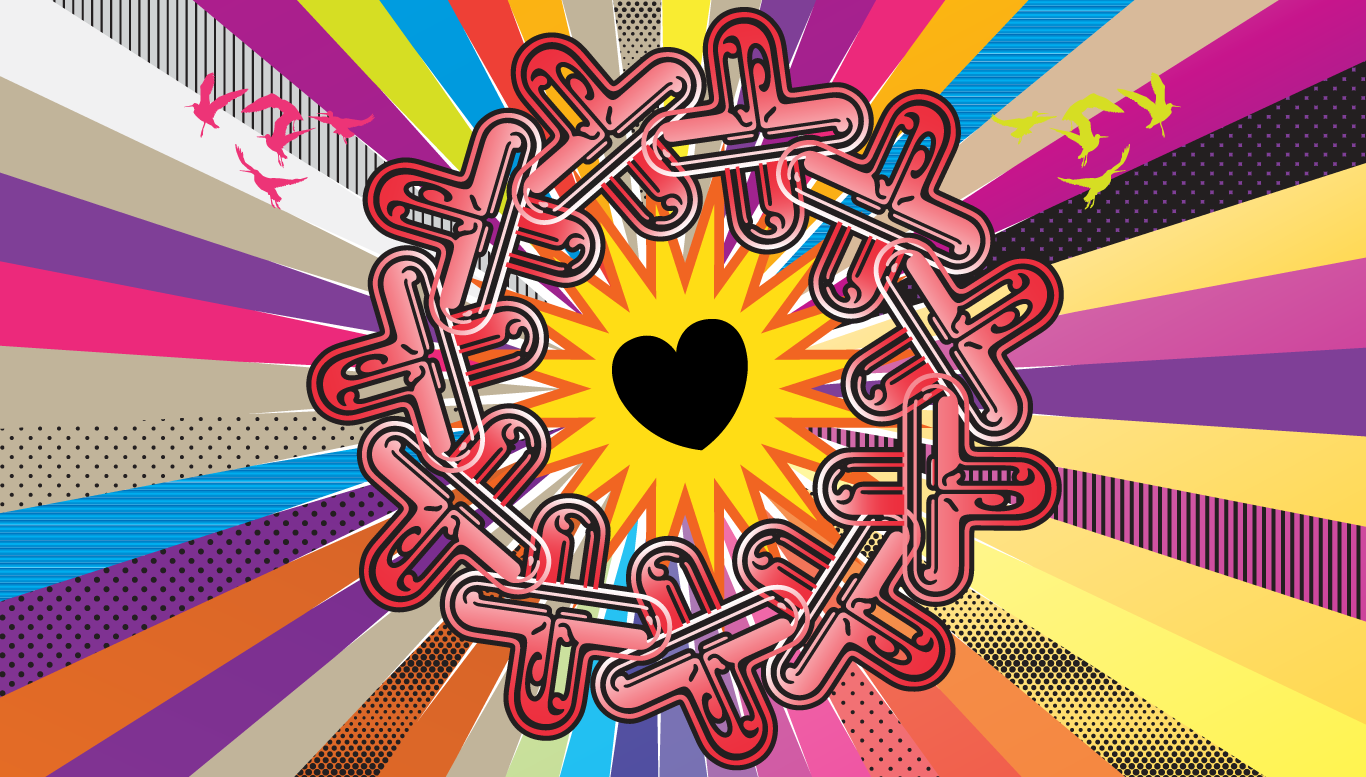 Kimbo adds 2 new groups containing 13 tools to Illustrator's list of tools. The new icons appear at the bottom of Illustrator's tool palette. All the path/mesh creation tools plus the mirror and cut tools are actionable! 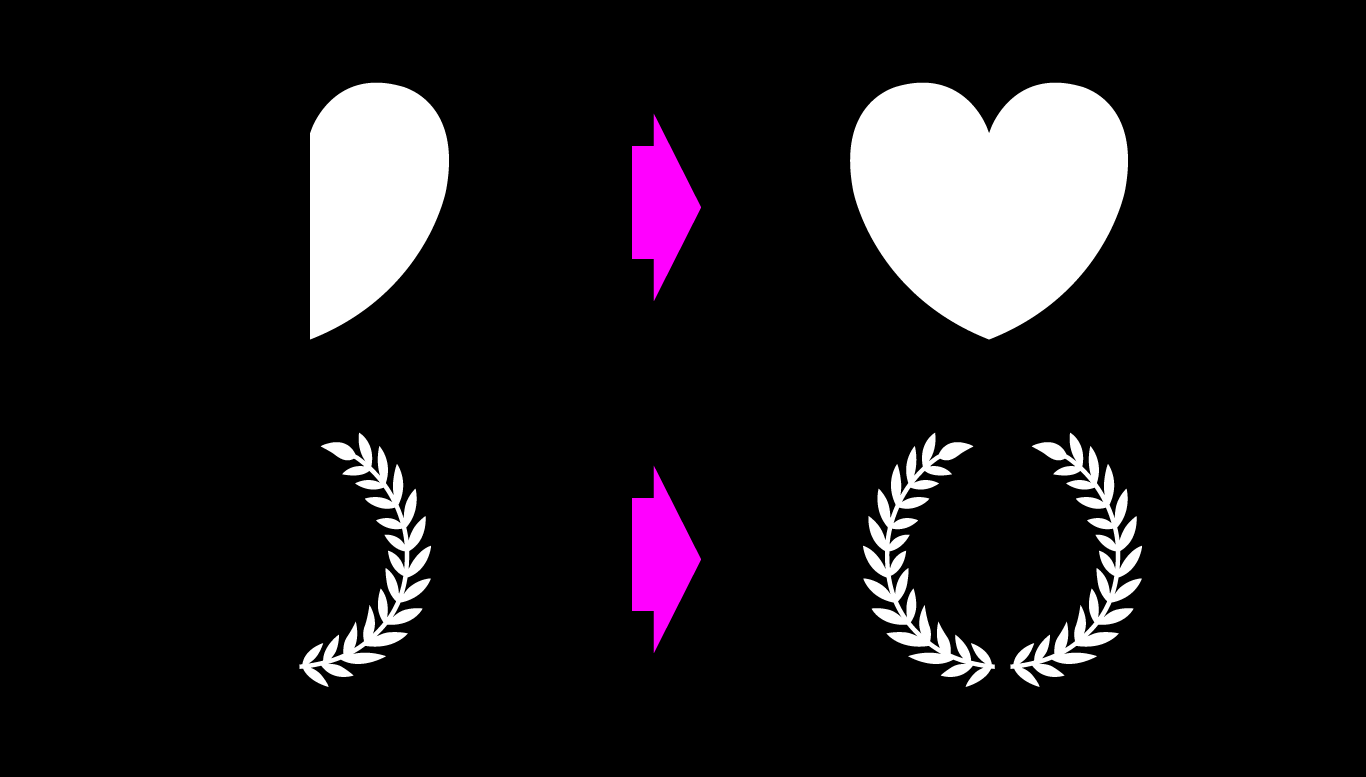 The Mirror tool reflects and duplicates art in a specified line, then rejoins it to form a symmetrical construct. The Mirror tool is essential for designing vector objects which are symmetrical in nature - it is a terrific time-saver for pattern design, illustration, type design and image-making. 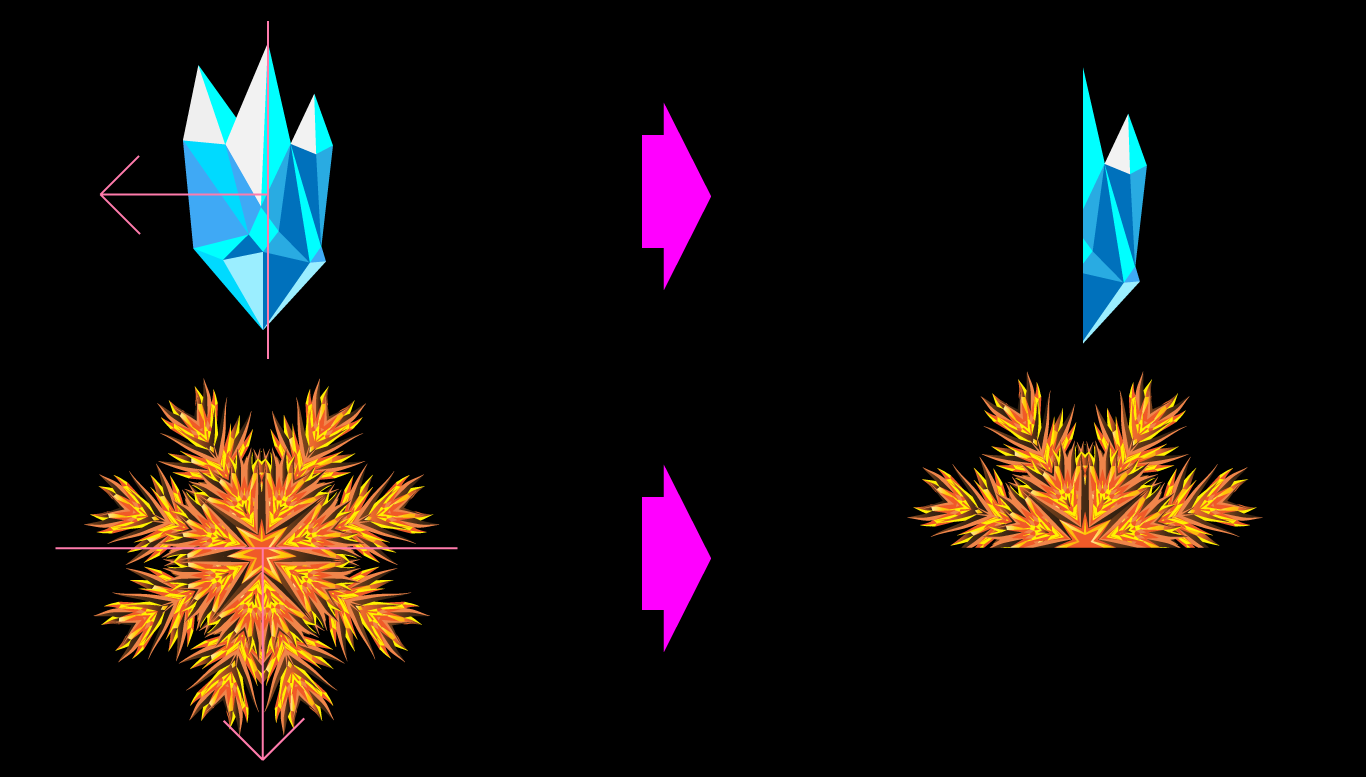 The Cut tool crops art against a line and is very useful for quickly getting rid of unwanted art—no more hours of cleaning up stray vectors. It’s perfect for cleaning up vector art for the web, tidying Illustrator files for print production, and quick everyday cropping. 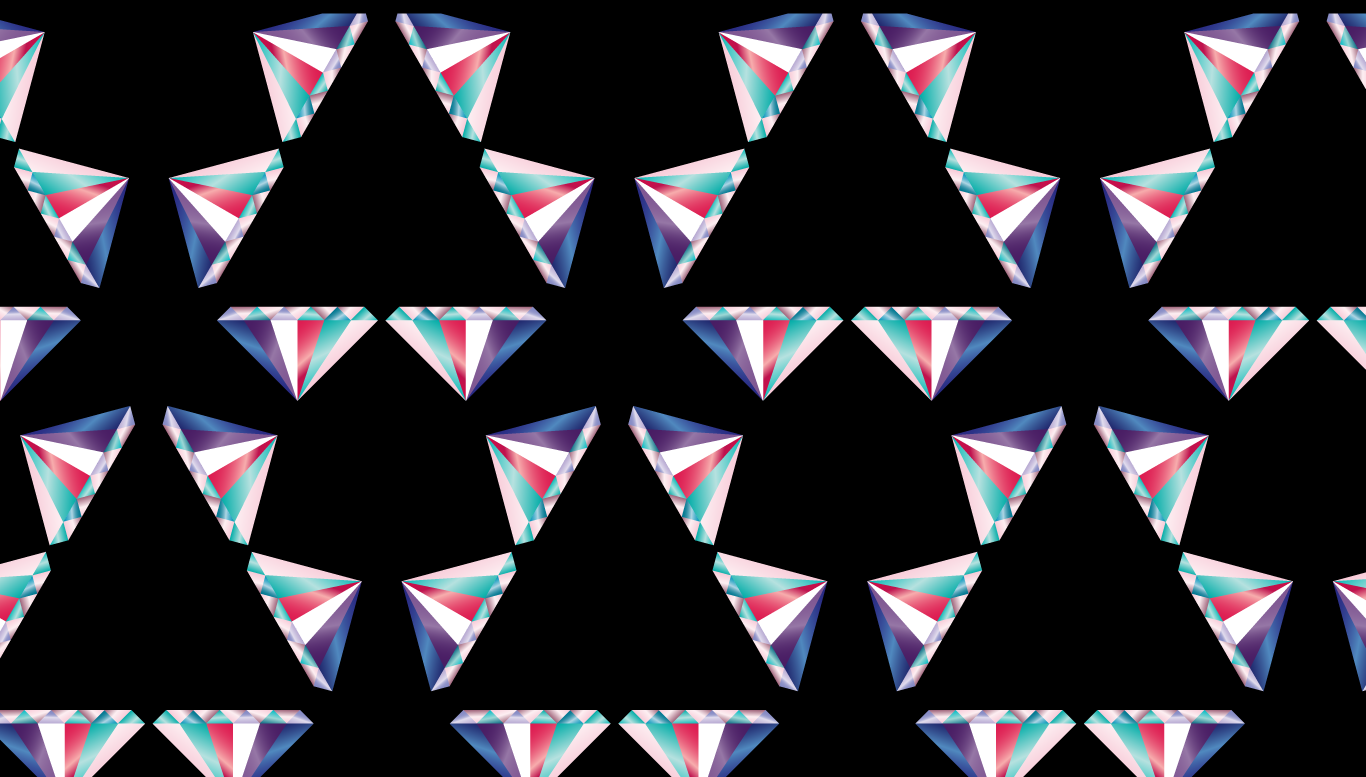 The Tile tool allows the creation of repeating patterned art in 17 different styles. The possibilities are endless - you just need to play with this tool to discover its capabilities. 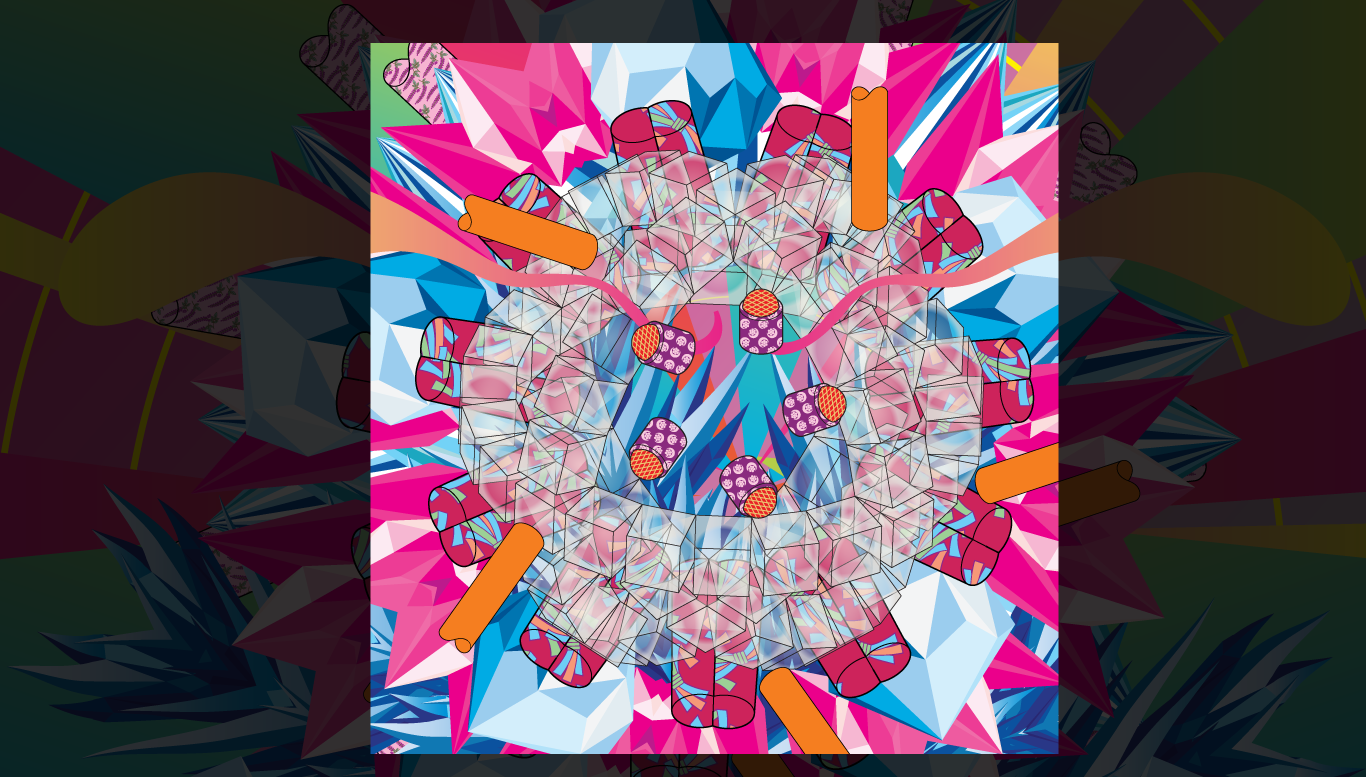 The Rectangle Cut tools crop art against a rectangular or square guide. It’s extremely helpful for cropping imagery for use as the base for pattern design, creating concise artwork for the web, and cleaning up stray paths. 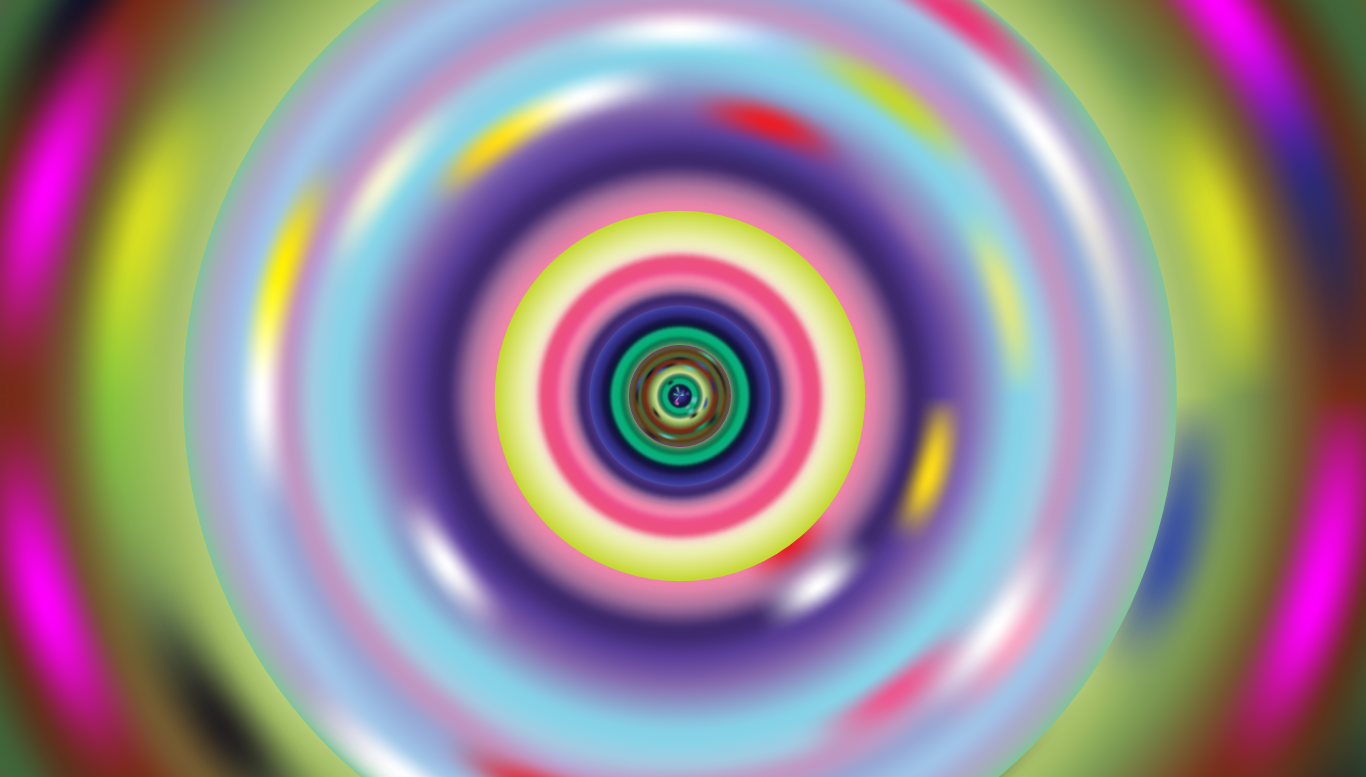 The Polar Mesh tool creates circular polar meshes colored according to the existing fill color or gradient. This tool helps extend the potential of mesh-based coloring in Adobe Illustrator, and allows users to create mesh-based coloring with far more detail. 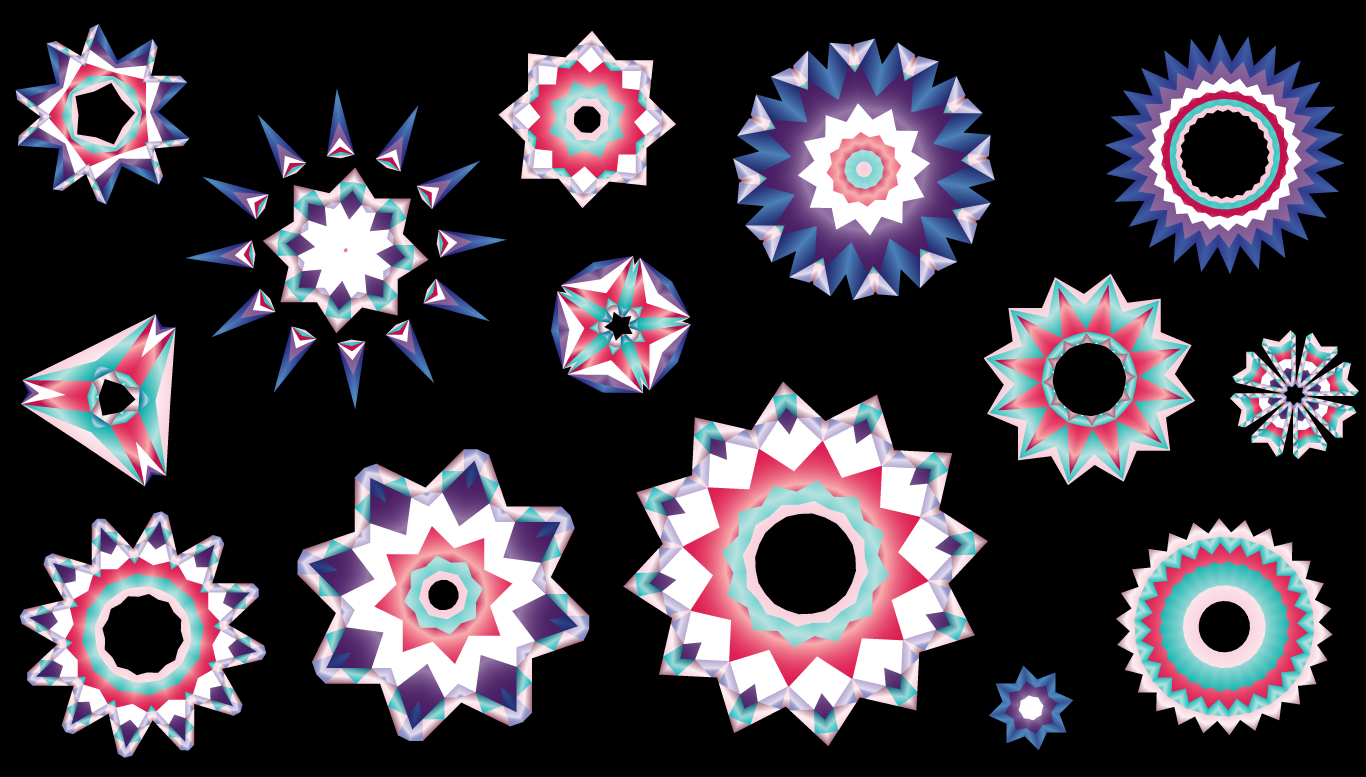 The Rosette tool operates in a similar way to the tile tool but creates patterns with circular (and, optionally) mirror symmetry. Perfect for creating abstract ornament, compositions based on repetition, and general visual form.

These tools allow the creation of new paths in Illustrator : all come with a number of options. Each tool creates a type of shape not natively available in Illustrator. 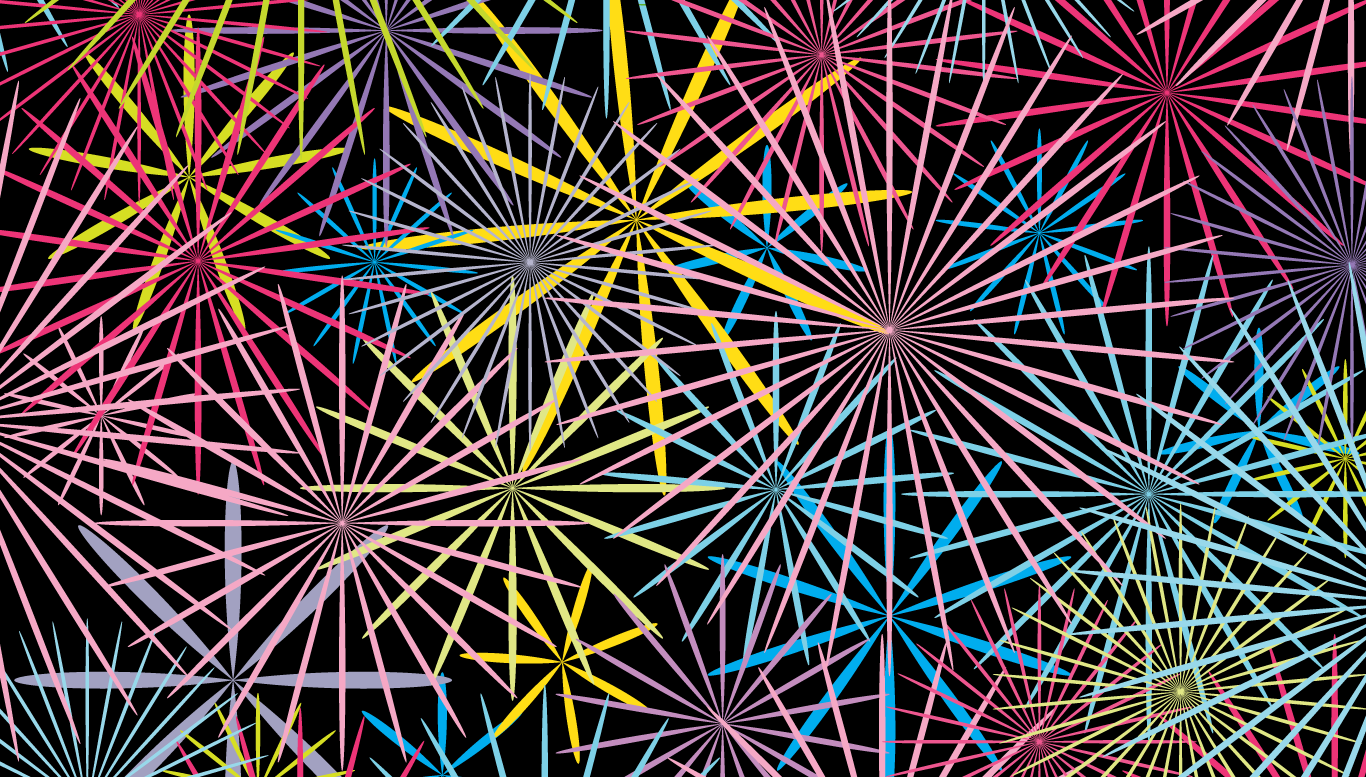 Create floral shapes with varying radii. You can choose the number of lobes within each shape. Perfect for creating complex ornament and intricate bursts. 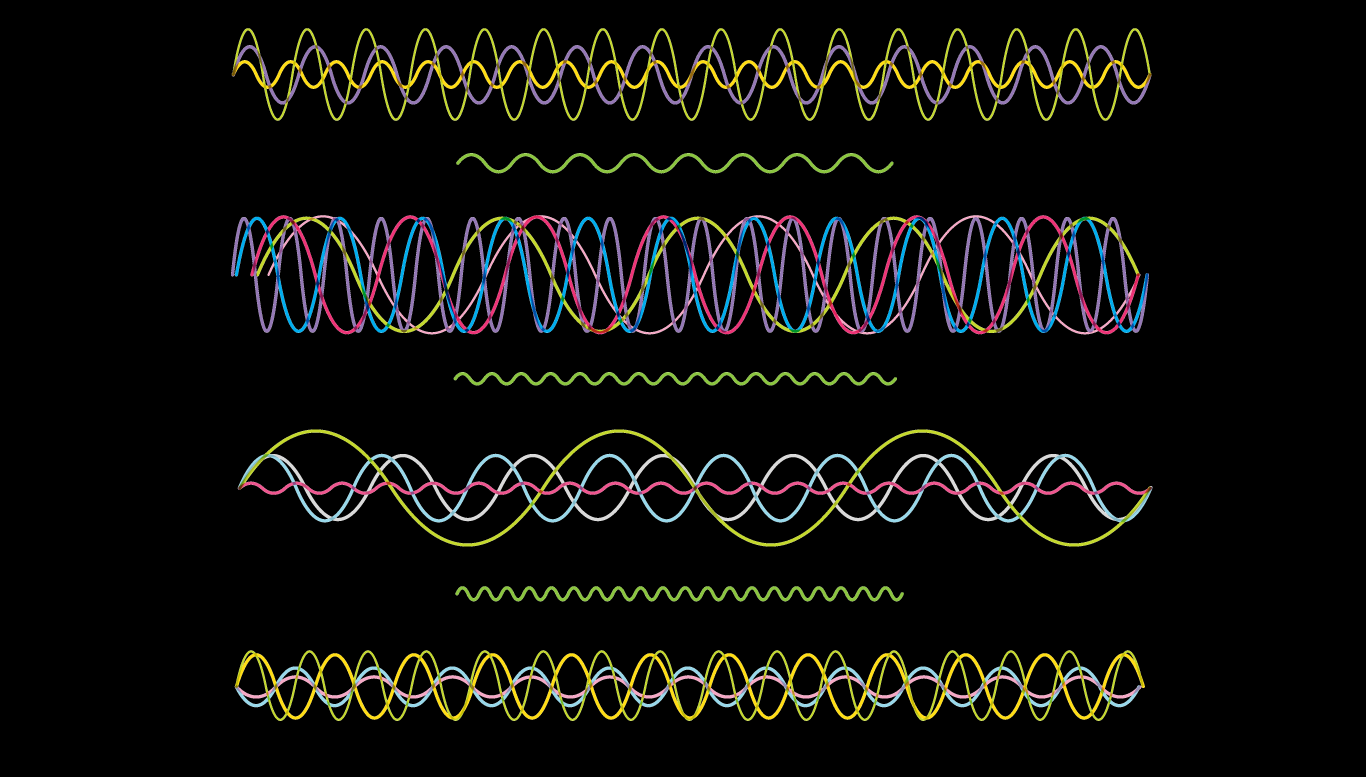 Create wiggly lines as popularized as of late in trendlist.org. The Wave tool allows you to determine the width, height, and number of waves in each vector shape. 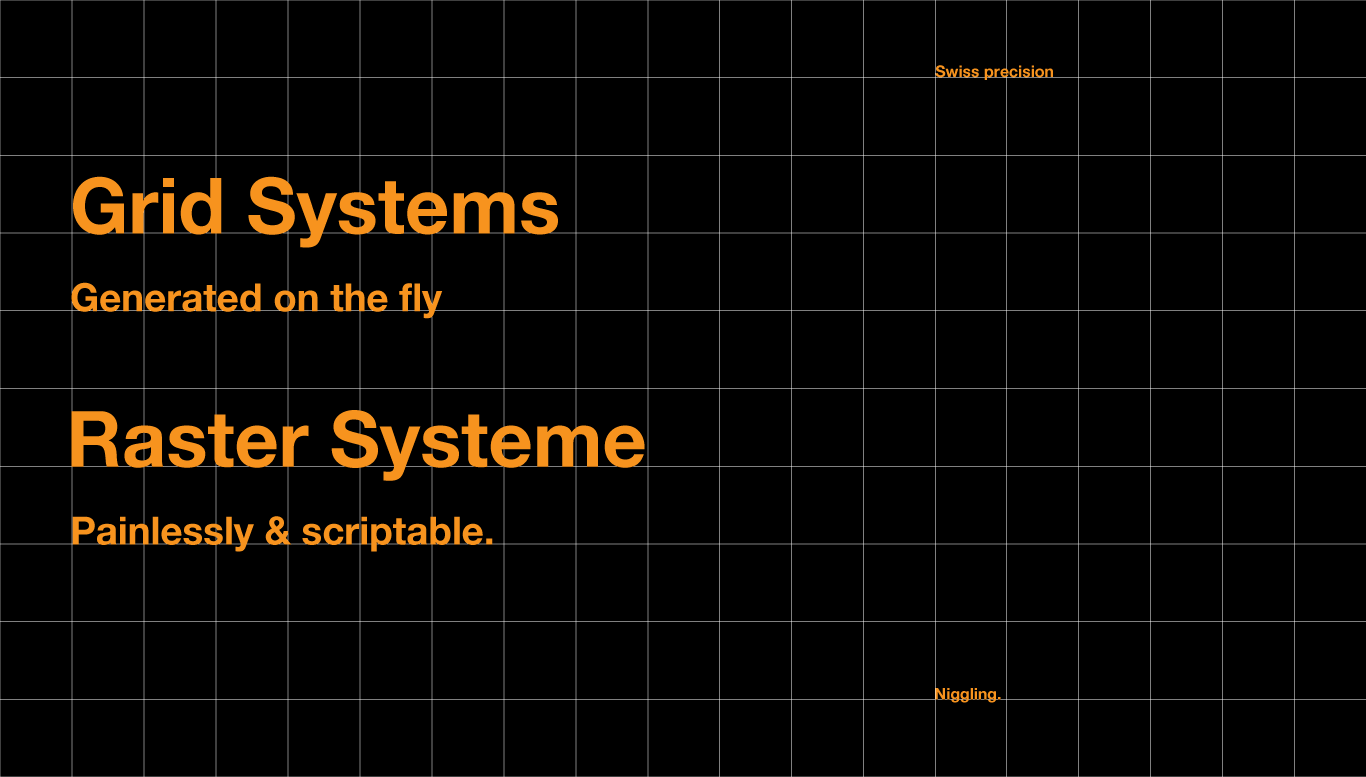 Instantly create custom grids with predetermined amounts of cells, columns, and rows, as well as absolute sizing. An insane time-saver for web design and print design. 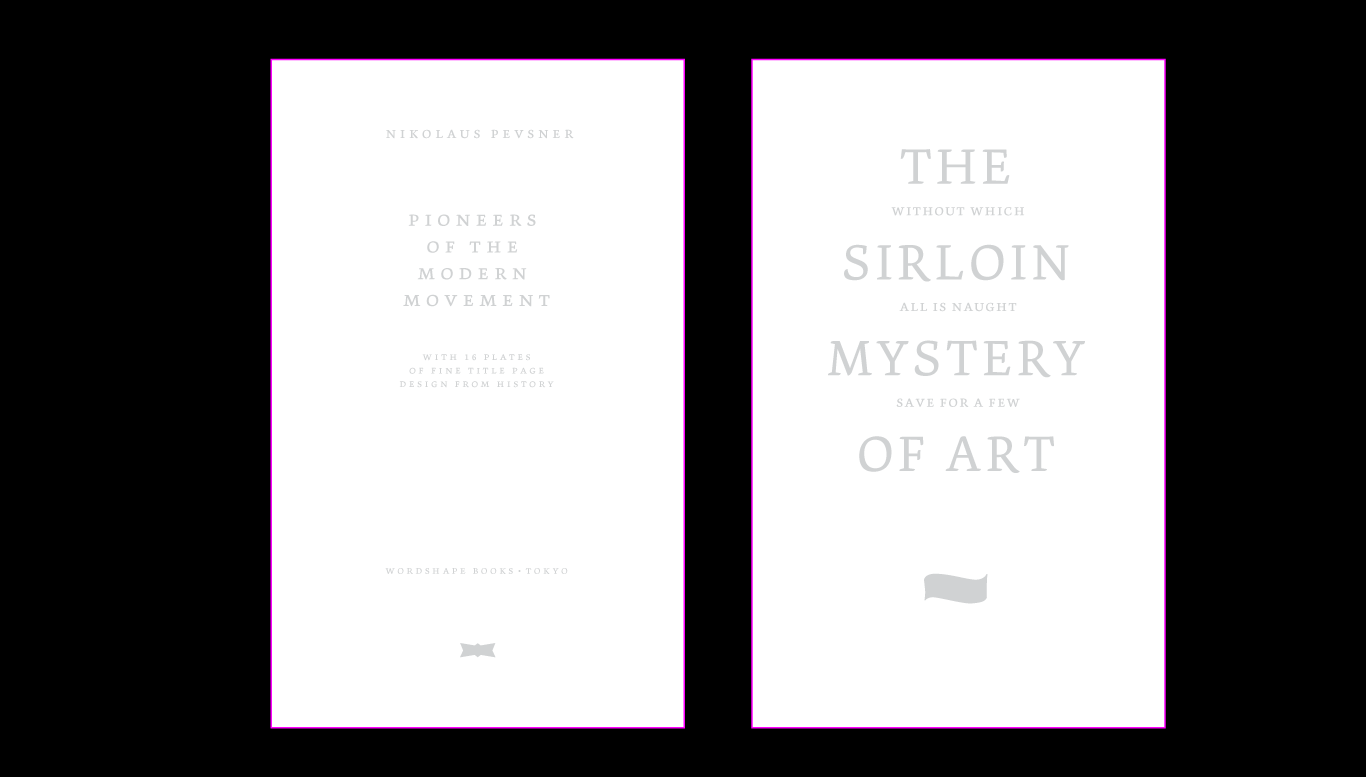 Draw Golden Rectangles on the fly—just select the tool and drag on the canvas to make sacred geometry in real time!

Create rhomboid-shaped paths by entering values or by merely drawing on the canvas. 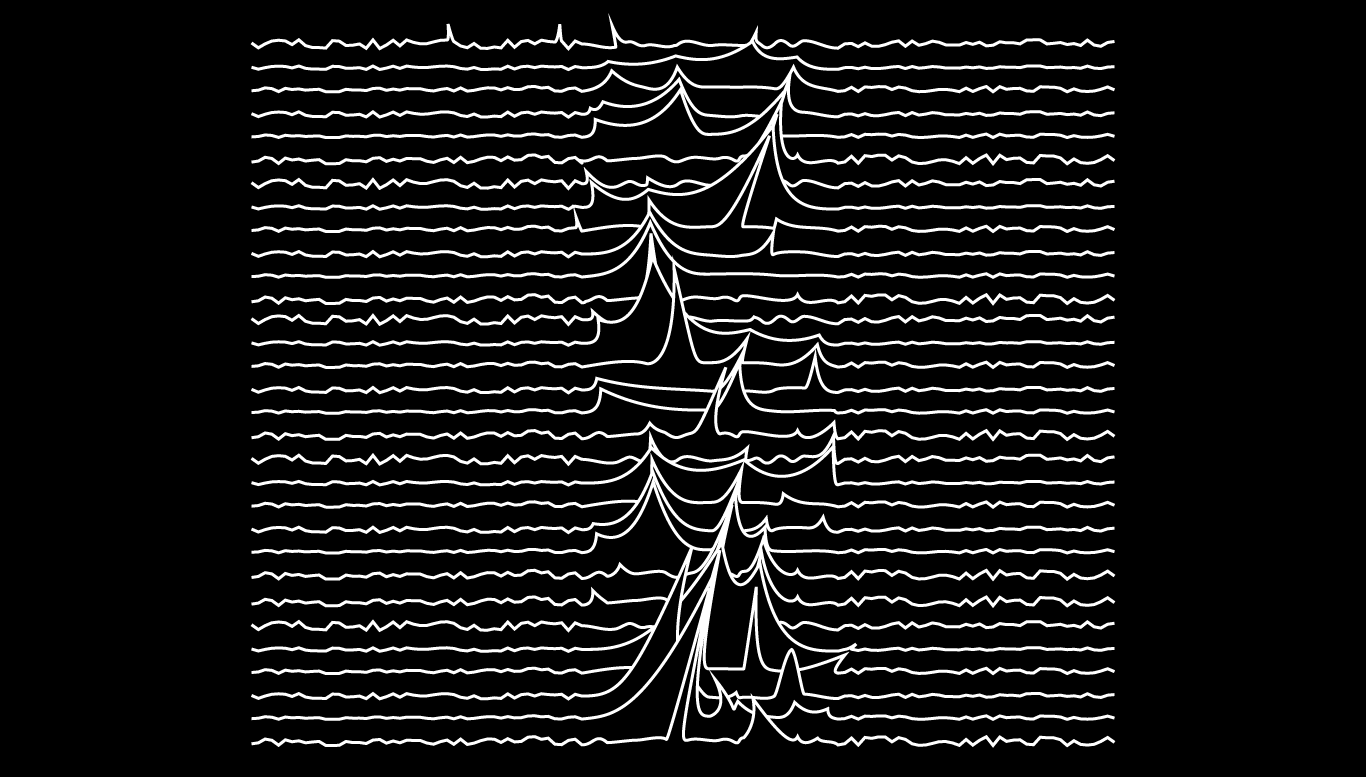 The Spike tool is an interactive tool that, as its name suggests, can be used to add spikes to selected paths and gradient meshes. 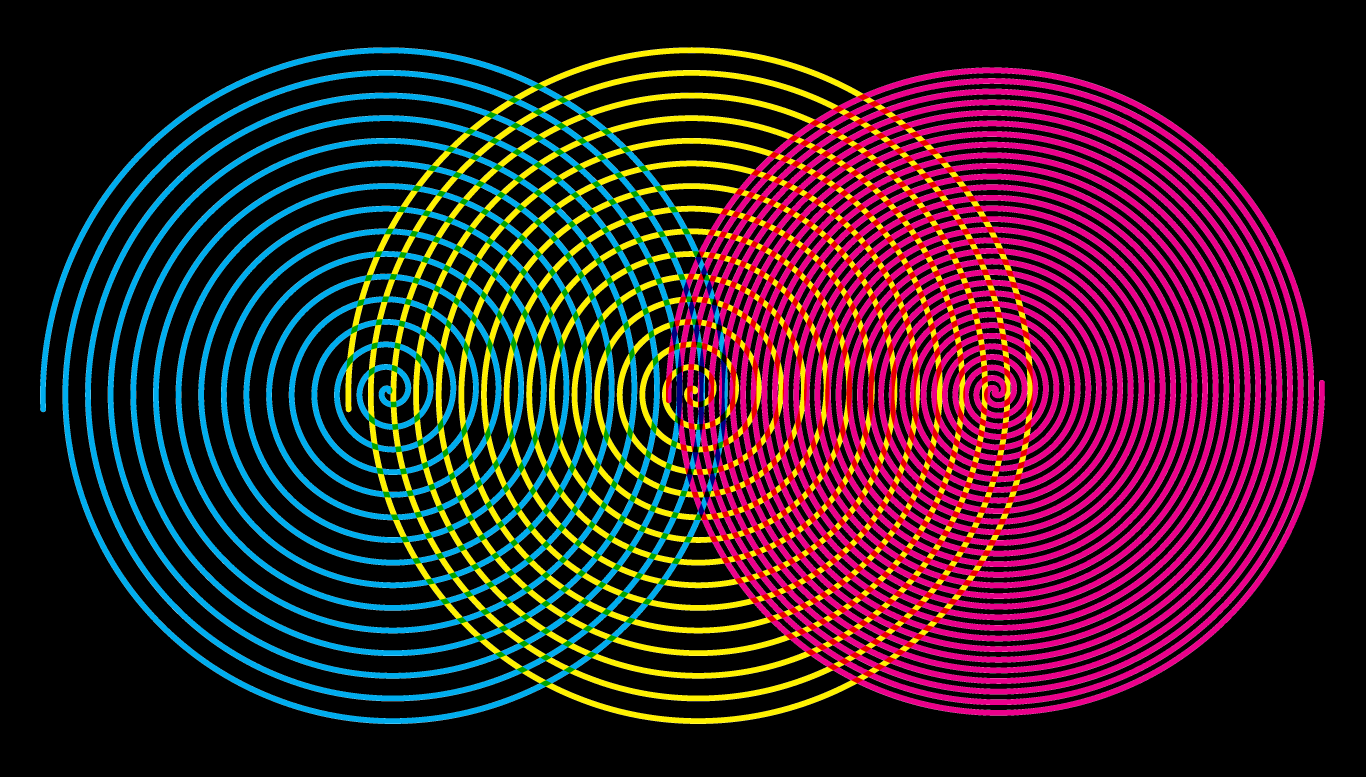 Selecting this tool and then clicking and dragging allows the creation of a curve called an Archimedean spiral, different from the spirals natively made in Illustrator.

Stephen Vincent is a former staff member at Adobe. He created Kimbo out of his interest in symmetry and geometry. Stephen has partnered with Ian Lynam to release an updated version of Kimbo that is compatible with Adobe Illustrator CS6 and CC for Mac and PC, while still offering the plug-in for older versions of Adobe Illustrator.

Ian Lynam is a Tokyo-based graphic designer. He began using the Kimbo plug-in in 2007 and quickly found it essential for a variety of aspects of his design practice, using it for web design, illustration, image-making, identity design, and multiple other uses daily for clients like Google, YouTube, Mozilla, Nike, and many others.

After completing the Paypal-based ordering process, you will be emailed an instant link to download Kimbo, along with a serial number.

Get the full details and scope of what is possible with Kimbo by looking at our online user manual.

If you are a licensee of previous versions of Kimbo, a free upgrade is available. Just get in touch!

We offer a 50% discount to colleges, universities, schools, companies and corporations who order 8 or more Kimbo licenses. Just drop us a line and we'll get right back to you.

Drop us a line here if you have any questions or requests!